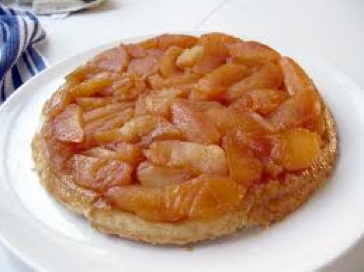 The first weekend in January, I went with my daughter Hannah to a National High School Cheerleading Championship in Dallas, Texas. In the cheer world, just the mention of Texas would be accompanied by the crash of cymbals or a chorus of angel’s voices. The competition facing our Beverly Hills High School team was experienced and they meant business. Mainly from places like Oklahoma and Texas, these teams came from a cheer ‘culture’. Our team, with the exception of a few kids with All Star backgrounds, didn’t know from that. Many of them didn’t know the difference between cheering a football game and the kind of showmanship that wins you points on the National level. That was key.

The event was held at The Dallas Convention Center, so, I’d say the expression on the kids’ faces the first day they walked out on the mat and heard that roar from the audience was an amalgam of ‘deer in the headlights” meets “fuck yeah!”

Initially, when one enters the arena, you’re assaulted with the cheer music mixes which all have that pounding beat, then it suddenly drops out for the school to do their cheer, then it explodes back on for the last portion of the routine which is a dance that looks like it’s in fast motion, but it’s not. I have to admit, for the years my daughter has been doing this, I’ve always loved this part. It’s just downright thrilling, there’s no two ways about it.

The kids do all sorts of flying stunts and tumbling and no matter where they come from; you’re rooting for them. I’m proud to say Beverly Hills Norman Cheer team placed a respectable 6th place out of 9 teams in their category.

Now, here’s the thing about Texas. We didn’t really have time to find a good place to eat. Everything we had was fried and I’m not complaining about that, but our Coach found a restaurant for the team meal on Saturday that was probably the worst Mexican restaurant in Texas, and am I right that Texas used to BE Mexico?

My daughter Hannah said the architecture, with the exception of the original Neiman Marcus tended to remind her of Inception, the way the buildings seemed nondescript, and crowded together. We had time on our last day to find a decent meal so we walked to the area where the bad Mexican restaurant was and couldn’t find anything open. Finally we just sort of chose a sports bar called The Press Box because it was THERE and it was open.

There were, of course, large screens everywhere and it was the Broncos Patriots game! Do I need to describe the decibel level? There were 24 of us and we were seated in the back room where the din wasn’t as bad.

Up until that point, I felt I’d been deprived of a real Texas experience when it came to food, so now was my chance. I noticed Chicken Fried Chicken (you heard me) with mashed potatoes and country gravy, but there were SO many great things I wanted to try. In the appetizer section they had fried pickle chips, brisket sliders and southwest eggrolls. In the “burgers” section they had so many wonderful choices I wished I wasn’t leaving town. They offered a portabella mushroom and Swiss burger, a mad cow burger (grass fed), Kobe burger, and lamb burger. That was the point where I googled the place on my iPhone to see if there was one in LA. No such luck.

I settled on the chicken fried chicken since I had to have knowledge of it. Images came into my mind of plump breasts smothered in brown gravy, probably instant mashed potatoes and canned vegetables, but I figured the chicken would be good. Turns out, it was a pounded boneless breast, smothered in white gravy (OK, so what do I know about country gravy?) the mashed potatoes were the real thing and the ‘veggies’ were sautéed zucchini and carrots. I bore into that plate like a hungry line backer and within minutes, there was nothing left.

The other women at my table didn’t seem to ‘get’ the whole ‘when in Rome’ spirit because they were still asking for ‘dressing on the side’ of their ‘salads. Jesus! Salad? In Texas? During a CHEER competition? Oh, well. We were from Beverly Hills.