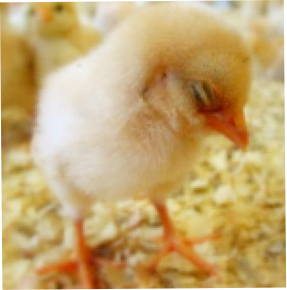 The Circle of Life

When I was little, I had absolutely no idea what Easter represented.  All I knew was it had something to do with Jesus and you got chocolate bunnies for it.  My neighbor, Rory McManus told me Jesus was always by your side.  I loved that idea. Here was a magical being who could witness all my acts of kindness and maybe I’d get a reward of some kind. I don’t know, maybe all the candy I wanted, or maybe I’d be the kind of “pretty” boys fought over.

There was so much about Easter to love. Spring for one thing. I loved that time of year because of the colors.  Spring is beautiful in Los Angeles.  Our street was endowed with bougainvillea in every imaginable variations of pink, yellow, orange, red and purple. The ritual of dying boiled eggs along with the smell of vinegar was intoxicating, and another thing that involved color.  Pleasing ones.  Pastel ones. The candy around Easter time was the best.

But the most exciting thing about Easter in Westwood California was our local pet shop. They sold baby chicks on Easter.  How I begged my parents for one.  But, they had the foresight to know that a baby chick becomes a hen, and what the hell were we gonna do with a hen? I reasoned that the chick could lay eggs, but my folks explained the Rube Goldberg succession of events that had to occur before that could happen.

There were, however, kids on the block that got to get chicks on Easter and then got to keep them.  I could hold and pet them, but, soon the novelty wore off and I was on to something else, as most of the other children were.

One morning, I woke up to the sound of our neighbor, Rory Mcmanus’ dog.  My bedroom window faced the street as well as the small alley between our houses, where our respective driveways met.  I walked towards the window and saw the dog swiftly take down what was once a baby chick, but had now grown into an adolescent chicken. The chase was brief and nature took its course brutally with the dog literally ripping the chicken’s throat out.  I realized my parents were right about some of the facts I had to face about this whole baby chick thing. There is life after Easter. The Circle of Life.