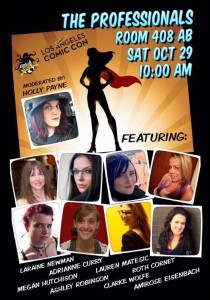 Some of my favorite ladies talking about our path to career goals. Also horror nerd stuff. Soon to become a podcast: The Professionals. 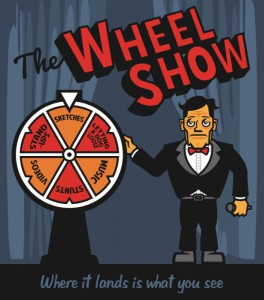 I love doing shows at Nerdmelt. It’s a laboratory growing experiments that soon become fixtures in the Alternative Comedy world. I’m so inspired by it. You can go get details for this upcoming show 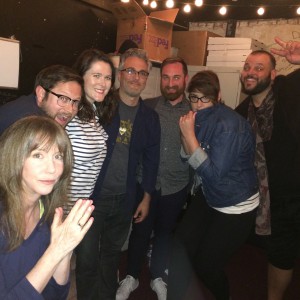 Imagine ME judging one of the most difficult forms of improv! Oy. 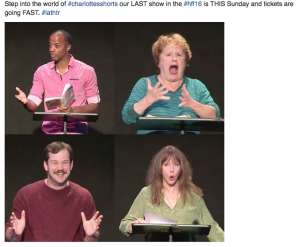 A compilation of short character monologues using the talents of many Groundlings Alumni and then some. This was a perfect show for anyone who has a short attention span. Only an hour and described as The Taco Truck of Comedy.

This show is free. That’s because it is unmitigated silliness. It’s also so goddamn fun. Here I am doing Dusty Springfield’s “I Just Don’t Know What To Do With Myself”. The lyrics could almost be construed as kinda ‘stalker-y , so I just took it from there. 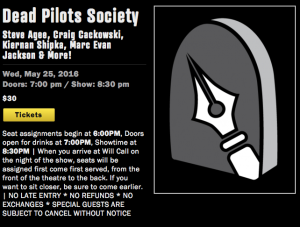 I was so excited to do this show. The great team of Ben Acker and Ben Blacker (The Thrilling Adventure Hour) this show has an amazing cast and gave some pretty great pilots a chance to live, LIVE onstage. Look in Fun Stuff for photos. 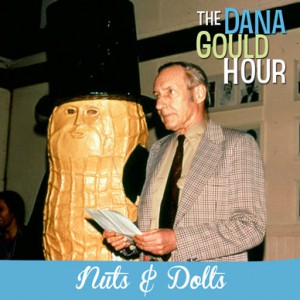 This is my all time favorite podcast so I was very excited to be asked to do it! It’s a great episode I must say and I encourage you to check it out along with all his other episodes. The writing team of Larry Karaszewski and Scott Alexander (whom I know from Problem Child 2) and currently writers of the 10 part mini series on O.J. Simpson, they, along with me and the incomparable Janet Varney (You’re The Worst and the upcoming Stan vs. Evil on IFC) talk about murder. Week! 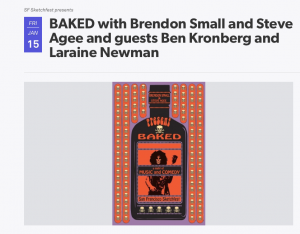 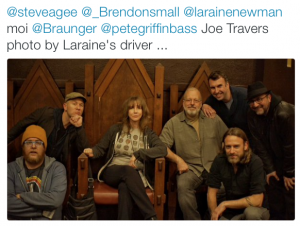 This is another great show and these guys, Brendon Small and Steve Agee, as well as their stellar band indulged me when I wanted to do Stumped by Goblin Cock. Basically, a show where comedians do music, whether they have any business doing it or not. 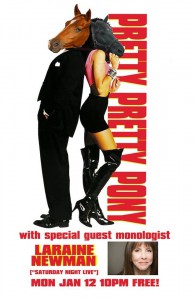 This show scares the shit out of me. It’s an Armando (a monologist and then the improvisors take material from the story to work with) and one thing it revealed to me: I’m no story teller. Still, I pinch hit when someone drops out and sometimes it turns out ok. This show did. 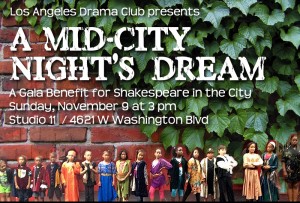 November 9, 2014
Shakespeare With Kids Again!!
Lady Macbeth this year folks. That’s what I’ve signed on to do…BUT…in my own special way..oh shit..now I’ve gotta deliver. Well, last year was pretty successful so I think it should be rather fun. This cast is amazing and it’s for a good cause. The children are…I don’t know how to praise them… 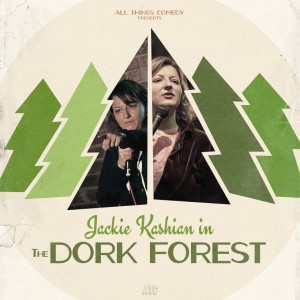 November 4, 2014
I Love Jackie Kashian
Ok, to be fair, I simply recorded this podcast on the 4th, it was released on November 18, 2014 and I must say it was a stellar one. Let’s face it, the guest is only as good as it’s host and Jackie lit a fire under me. She’s prepared and her questions come fast and I liked it.

November 2, 2014
Groundlings Panel
With the help of my friend Holly Payne, one of the organizers of the whole Comikaze joint, I got to interview my fellow Groundlings buddies whom I admire and love: Mr. Tim Bagley, Mr. Michael Hitchcock, Mr. John Paragon, Ms. Mindy Sterling and Ms. Lynn Marie Stewart. 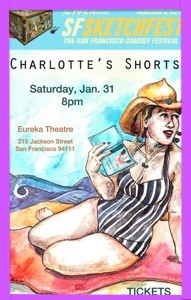 October 28, 2014
Charlotte’s Shorts
If you haven’t seen this show before, now’s your chance. There isn’t anything quite like it. It won’t challenge the attention spans and it’s all short character monologues performed by the cream of the Groundlings crop. 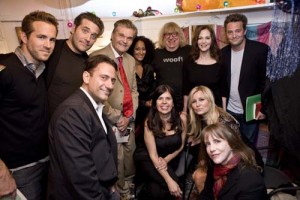 October 13, 2014
Celebrity Autobiography
A benefit for Actors and Others For Animals. Who doesn’t love animals? Well, let me qualify that. I’m a dog lover myself. I can take or leave a cat anytime. Who’s with me? Ok. Nevermind. The point is, this is something that helps innocent creatures and it’s fun too.
El Portal Theatre
5269 Lankershim…

September 29, 2014
Lip Sync Extravaganza
Back again, after a triumphant win, (let’s see if I can pull it off again, I doubt it, but stranger things have happened), I am attempting to compete with the kids in this second edition of LipSync Extravaganza at Westside Comedy Theatre in Santa Monica. It’s starting so late because Comedy Central… 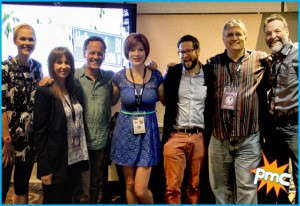 September 27, 2014
LAPODFEST
Pop My Culture was voted #2 best comedy podcast of the moment by Rolling Stone. “of the moment” seems kinda weird but take it from me, any moment with Vanessa Ragland (current Sunday company member of The Groundlings) and Cole Stratton (Pretty Pretty Pony, Theme Park, Sketchfest San Francisco)

July 29, 2014
Ok. Here’s your chance to see this show in a great venue! The Groundlings! Again with a great cast! This show just keeps getting better and better. You never know who will be in the cast. Jillian Bell of 22 Jump Street will be joining us this time, and if you haven’t seen her in that, GO!

May 2, 2014
Funny Character Monologues
I know how it sounds, but listen, my niece Charlotte, daughter of my Emmy Award winning sister Tracy, and genius graphic artist brother in law Jim, is a true renaissance woman. An accomplished artist she also happens to have an uncanny ear for dialogue and, taking after her parents, is a tireless job.

April 16, 2014
Celebrity Autobiography Music
For those of you who have seen this show before, rest assured this is a lot of brand new material. The Grammy Museum shows are all autobiographies of musicians with the usual hysterical mashups. I get to do Carol Channing which is kickass and pretty much gets laughs all by itself.

March 27, 2014
International Ghost Investigators:Hollywood Division
Hosted by Dave Higgins and Paul Greenberg this show is a completely improvised romp based on those screwy celebrity ghost story shows. It’s time has come goddamnit! Blaine Capatch was also on the show and I was thrilled to meet him, having heard so much about him from so many people I admire. 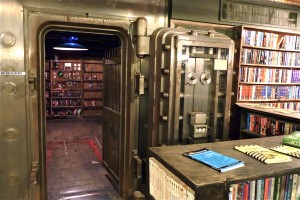 March 6, 2014
Event At The Last BookStore
Annabelle Gurwitch is a funny name for a Jewish girl but fortunately Annabelle is a funny Jewish girl. I found this book to be laugh out loud funny and I will be reading aloud from it at the Grove in Hollywood at Barnes & Noble, or as I like to call it; One of the last remaining bookstores in Hollywood. 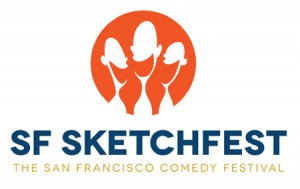 February 8, 2014
Sketchfest
Oh My God!! I’m doing 7 shows people! The first one is a fake museum tour called Fancy Meeting You Here. I have no business doing it but there you go! Then 2 shows of Celebrity Autobiography, a show called One Star with Thomas Lennon and Matt Mira, a once act play by Eugene Pack and a live reading… 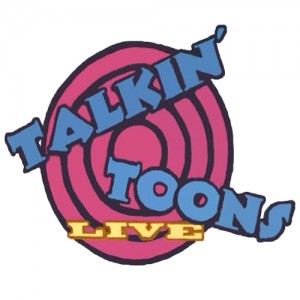 November 26, 2013
Podcast at the IMPROV
This can’t help but be a riot. Rob. Tress……me. Between the three of us, who have all worked together on really great shows respectively and together, there are stories galore and we’re going to be there to tell them in 1,000 different voices because we get bored with the ones we were born with,… 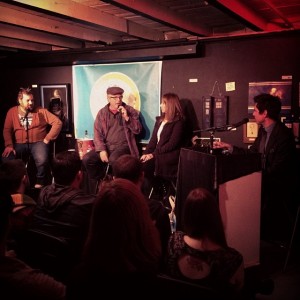 November 24, 2013
HARMONTOWN PODCAST
I went to Meltdown Comics expecting to see the Podcast, not knowing I was going to be a part of it. Nevertheless, there I was on stage with Dan. It’s a good thing I had water with me because I got pretty nervous at first but later I loosened up. They have a good thing going on this show.