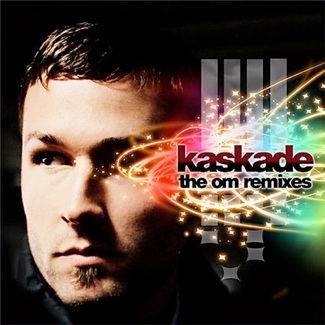 I was a little bit frantic while speaking to my pal Raha Lewis, an editor at the LA Times Magazine.”Raha, they want me to interview this guy from Kaskade. Do they know what my story is about? I’m not a rock journalist…” I paused. Then, like Jon Lovitzs’ liar character I said ..”but I’ve always wanted to be a rock journalist”. I pitched an idea to the magazine about my daughter Lena and I and our experiences of going to Coachella together for the last five years. I’d never heard of or heard Kaskade. Raha said to me “Well, go for it. The promo company that got you the wristbands might not be so thrilled with you if you don’t. And who knows, it might be a good angle in the story?” She was right. I had no idea how, but I was certainly game to try my hand at it. I contacted Ryan Raddon’s rep; Alexandra Greenberg and told her I’d be happy to interview him. She sent me a link to his then, unreleased new album (do they still call them that? CD, oh fuckit) called Dynasty. I listened to the whole thing. iTunes classifies it as Dance, Electronica and Pop. I would probably add Trance to that. The first thing that struck me about Raddon was the empathic nature of his lyrics. The stories he tells in his songs own up to the role that men play in relationships gone wrong and his astonishing accuracy in telling the woman’s side. When I pointed this out to him he smiled wryly and said “That’s probably why most of my fans are chicks.” I told him its also because he’s  cute. But really, it shouldn’t diminish what he accomplishes in stepping inside the heart and mind of a woman’s desolation and loss. I think both sides are represented fairly.  We talked about the evolution of techno. It certainly became more accessible to me with bands like Hot Chip and Crystal Method because there were more complex layers to the sound. Raddon spoke of moving from Chicago to San Francisco  when techno was developing some soul. He said “now, you could take a song in this genre and it could be made into a country song, that’s how universal its become”. I asked him if he’d ever attended Coachella simply as an audience member. He said he hadn’t but that he was so excited to be seeing some of the acts that were playing. He wanted to see 2 Many DJs and he said that festivals were the greatest way to meet people you’ve admired and what often ends up happening is a collaboration. That seems to be what Perry Farrell does. It was so uplifting to hear that the spirit of Coachella, which is always somewhat magical, also inspires art for the sake of it. So that was my interview, which was recounted over a week later from notes I could barely read. Honestly, if I ever get a chance to do this again, I need a tape recorder. That’s still what they call them right? Oh fuckit.