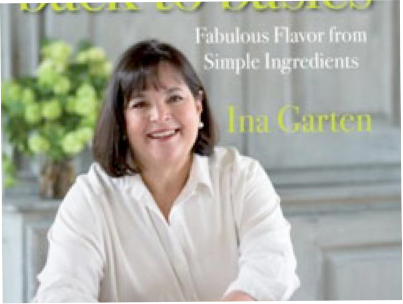 I hate 3:00 p.m. on a school day. It means I’m a failure. Once again, I’ve failed to come up with a “healthy snack” for my ravenous Varsity Cheerleader.  Our routine was to just go over to Chipotle which wasn’t really great because those burritos, even though they were pretty clean, would stuff her until around 5:30, at which time, I’ve lost the will to live because I’m tired and I don’t want to come up with any kind of dinner, so she’s left to forage which makes me feel like an even worse failure.

And, for the record, all those parenting books that suggest those ‘healthy snacks’ are full of it. No kid I’ve ever known, except maybe one that grew up on a commune, would ever think that shit is good.  “Oh yummy, celery with peanut butter and raisins! Ants on a log! Thanks mommy!” There’s also Amir. He’s the Fox that led Pinocchio to the world of the Lost Boys, otherwise known as the guy with the snack truck parked outside the gym. I can’t tell you how many times my daughter has come to the car with a piece of cellophane wrapped cake bigger than her face along with a jug of orange Gatorade. Jesus!

It’s a landmine of insulin torment out there. BUT…there are flashes of genius.

I had one the other day. I’m an improviser. I’ve done it since I was 15 and any decent cook has an innate ability to do it.  I was at my friend (name drop) Jennifer Grey’s the other day and she had Barefoot Contessa Back to Basics

cookbook open to a recipe for Sole Meuniere.  It looked great and she’d made it the night before and confirmed that it was.  I thought, “what the hell, I’ve never thought sole was a very interesting fish, but I’m sure Hannah is sick of salmon and bass, so let me give this a whirl”.

But that’s not the flash of genius. The flash of genius was that I wanted to come up with a vegetable; always a challenge with a kid or teenager. Sure she likes salad, but she’s burned out on them and I was desperate. The trick is, I always have grandiose ideas about getting vegetables into my daughter and I buy chard and kale and they end up rotting in the fridge. When I open the plastic bag that contain the leaves I’ve painstakingly taken the time to stem, wash and dry and get slammed in the face with the stench, my failure is driven home that much harder.

But it didn’t happen this time.  I had a gorgeous cauliflower from the Wednesday Farmers Market in Santa Monica and some fingerling potatoes from there too. They were still beautiful. Unmarked. I broke the cauliflower into small florets, peeled some garlic cloves and selected the smallest fingerlings I could find in my bin. I scrubbed the potatoes, washed the cauliflower, dried everything then put them in a Pyrex. Tossed them with olive oil and salt and pepper. Baked it at 360 (I have no idea why) for 1 hour and 15 minutes (keep an eye on it) covered with tin foil.

The cauliflower came out sweet and tender. I must admit, the whole meal was…white….but Hannah ate ALL of it.  I AM A SUCCESS!! I AM AWESOME….. until the next time, because, lets face it, you’re only as good as your last meal.