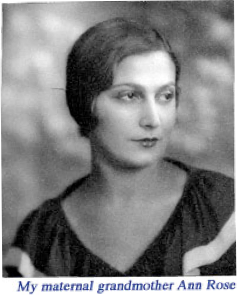 My relationship with my mother was, um, complicated.  She was a kid herself in many ways, having been neglected by her own beautiful but narcissistic mother. She pretty much raised herself and from my jaundiced teenage perspective, my mother was a disgrace. She wanted romance and adventure and was frustrated by the mundane tomb of her obligations. Never mind the fact that she’d been a parent since the age of 19 with 4 kids.

But nothing makes you appreciate your mother more than psychedelics.  When I was 15, my best friend and I decided to try Mescaline and drive up to her grandfather’s house in Trancas.  Right on the beach, we thought this would be a glorious place to trip.

We waited on the sand for about 2 hours for the stuff to ‘come on’ and realized it just wasn’t gonna happen.  Frustrated and angry we started the long drive on PCH back to Beverly Hills.

About 5 minutes into the ride the road began to look like a ribbon, snaking willy-nilly, daring the car to catch up with it.  She was driving and I hoped to God she wasn’t having the same hallucination I was having.  Inexplicably, she was.

Paranoia set in. We somehow made our way to Roxbury Park in Beverly Hills and rolled the car into a spot in the parking lot.

We never made it out of the car. We proceeded to have the kind of heart to heart that invariably ends with the words “I love you maaaan.” “No, I love you!”  We laughed and cried in each others arms, elevated to a state of consciousness and connection with each other that we thought no friends had ever achieved before in the history of humanity.

She dropped me off at my house just as the sun began to rise.  When I walked in, I smelled pancakes right away. We were early risers, but I don’t know why my mom didn’t think it was strange of me to be walking in at that hour. She never questioned it.

When I walked into the kitchen, her back was to me as she faced the stove.  All of a sudden, it was like I was looking at her with a new pair of glasses.  For once, I didn’t see the critical adversary that I had to, by all means, avoid.  I saw this little woman (I towered over her and I’m only 5’4”) who took care of all of us and for all of her missteps when it came to dealing with me, in that moment, I saw her as something other than my mother.

I saw her as a person. Someone who was entitled to all the failings I allowed in other people, but belittled her for.  And she was making Turtle Pancakes. I burst into tears.  Between sobs I told her I loved her.  That I was sorry for all the mean things I’d ever said or done to her.  Her mouth agape, she looked shocked. But there was another expression that followed it.  The expression I now completely understand as I drag my sorry ass through the trenches of parenting teenagers.  My tears and words of love were like a balm to her singed soul.

The other day I made some food for my younger daughter Hannah.  Sometimes I allow the kids to eat in the living room while watching TV. She likes the spinach dip from Clementine and I toasted some little baguette slices to go along with it.  I also found some sweet strawberries to accompany that.  I placed a tray on her lap, put a blanket on her and turned to leave.

Nothing makes you appreciate your mother more than….being a mother yourself.

How to make turtle pancakes:
You simply ladle varying dollops of batter to approximate the body, head and four little feet. Use the batter of your choice, but I like Bisquick with a little squeezed lemon and sugar.