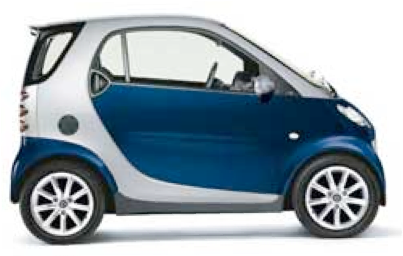 Around 6 years ago, our family took a trip to France. Our friends have a house in Ramtuelle, a Medieval city built in a circle overlooking the sparkling Mediterranean. Honest, it does sparkle. We frolicked on Pamelonne Beach, made famous by the production company filming And God Created Woman with Brigitte Bardot and we ate at Club Cinquante Cinque (55).

You know how you often hear “oh, the restaurant’s right on the beach”? Well, Club Cinquante Cinque (55), really, really IS right on the beach. Sitting around a large table in the canvas-shaded patio of this beautiful place, we had no idea how hard it was to get a reservation. Our girls, aged 12 and 7, adapted to the lifestyle like seasoned European travelers.  The kids ate everything that came to the table. Fried smelt were eaten like potato chips…that is, until the real thing came along (one of the restaurant’s specialties). Lena and Hannah devoured catch of the day and seasonal vegetables such as artichokes without the usual suspicion, wrinkled noses and coaxing. Score! After 2 weeks in Ramatuelle, we went off to Paris.

My husband, being a lifelong motorcycle rider, had arranged to take  Lena (our firstborn) to Amsterdam where he ordered a custom sidecar for his police Harley at home so he could ride her around in the custom sidecar in Los Angeles.  My younger daughter, Hannah and I, were left to roam Paris on our own for 2 days. I was able to sell her on the idea of going to the Egyptian exhibit at the Louvre with the enticement of mummies and ancient jewelry.

Afterwards, we ventured out into the Jardin de Tuileries.  Inside, was a Fairground that was a summertime fixture.  Run by gypsies, these rides and toys represented everything that was banned in the U.S. for safety reasons.  The “Fun House” consisted of an obstacle course that could have been designed by the Marines.  Bridges you had to get across while it swayed back and forth with missing planks.  A spinning barrel the size of a Redwood trunk you had to make your way through without falling on your ass, or worse.

These are the moments when, as a parent, you think, “I have no business being a mother.  How the hell did I get Hannah into this pickle? She could get seriously hurt and I’m what is laughingly know as ‘in charge.’”

Let’s just say, it was the performance of my career.  Not letting on that I was scared shitless for both of us.  On our way out, having ended up having a rip snortin’ good time on the trampoline, bungee harness ride, we saw it; The Smart Car.

“Mommy, look, isn’t that car cute?” I thought it was one of those Fiats my parent’s Beatnik friends owned. The one that seated maybe one person and opened from the front.

“Yeah honey.  Wouldn’t it be great if American cars were that small? Think of how much less crowded LA would be.” I didn’t even talk about the savings on gas.  What would she care? It was cute. I thought “Man, parking would be a breeze.” Ah, well…. (wistful sigh).

When Chad and Lena returned to Paris, we saw a couple more. Chad said instantly “I’m going to get one!”  Months after our return, I was reading the Da Vinci Code and realized with mounting delight, I was about to see  the protagonists make their escape in this little putt-putt .  ‘How funny.” I thought.  “It’s about time a high speed  chase through the streets of Paris involved a clown car.”

Chad was true to his word.  When we returned he looked into ordering The Smart Car, only to find out there would be all sorts of delays and restrictions. It would be years before we ever saw one, if we even got it at all.  Still, he did all the paperwork and applied for the first ones that came to Los Angeles.

By this time we were attempting to make our lives more ‘green’.  We’d had a consultation about solar panels, we’d installed low flow spigots on all our appliances and made a point of turning lights off if we weren’t in that room. I traded in my disappointing Lexus Hybrid (never buy the first incarnation) for a Prius, which I LOVE.

Well, three days ago, the car arrived. We picked it  up at the Mercedes dealership in Beverly Hills. (The Smart is made by Dymler/Chrysler/Mercedes).  Even though it was completely adorable, I was still concerned about having 3 cars and the nuisance of having to juggle parking them.  We’d just had a huge garage sale and cleared out a mess that had driven me crazy for years.  Now we were going to fill the space in again? This time, with a novelty item that will soon be gathering dust.  I needn’t have worried.  It takes up about as much space as a lawn mower.  It gets pretty good mileage and it gets a lot of attention. And most importantly, it’s cute.