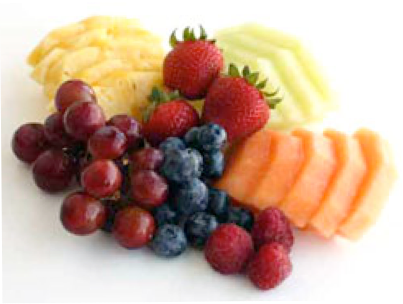 There’s a homeless woman I’ve seen from Santa Monica to West Hollywood for years. I know it’s the same woman. She’s unmistakable. Her hair is sun-bleached and looks like she put her finger into an electric socket. With sublime irony, she’s often in a flower patterned cocktail dress or shift. Her face is red, probably from the sun and alcohol, but it’s also pure unadulterated rage. Her lips are white with it and she rants constantly.

I’ve always imagined her condition was caused by the Chinese water torture of injustices suffered by the poor on a daily basis. The powerlessness. She makes direct eye contact with me every time I see her. I’m always driving, which is good, because she scares the shit out of me.

I mention her because I feel the same sense of powerlessness about so many things in my rich life. The economy, the war, public education, most of all the environment. One of the many obvious results of this, aside from the biblical weather, is the gradual reduction in the amount of quality fruit.

I think of this woman every time I taste summer fruit with no flavor.  Since I’m a scientist with all those science-y degrees and stuff, I know for sure it’s because of the bees.  We used to have an outdoor market in Westwood on Thursdays right outside Expo. There was a fellow I could count on for the most fragrant and sweet nectarines, plums, apricots and peaches. I considered him an artist and treated him as such, asking him questions and complimenting him with specifics. Even though the outdoor markets are still more dependable than grocery stores, they too, in my experience have felt the effects.

What angers me is that people settle for that. They comment on it, but they settle for it.  I was at Ralph’s the other day and I saw a basket of softball sized white peaches.  They were expensive and I asked the produce guy for a taste of it.  He was completely genial about it, but I could tell it was an unusual request. It had no flavor. None. To his credit, he didn’t try to bullshit me. He agreed. We went on to the plums. Same thing. Flavorless. Finally, we found a white nectarine that was fair and I bought three.  My guy Miguel, at Bristol Farms calls me “ a tough customer”.  Like I’m picky or something.  He’s funny though. He treats me like his product tester, which is sweet of him.  He also admits that fruit, most fruit, just isn’t sweet anymore.

At Gelson’s it’s a game for me.  Most of the guys remind me of that joke about the waiters at the Algonquin, who I suppose were renowned snobs. “Did you hear about Adolph?” “No, what?” “He died.” “How!” “I don’t know, God must have caught his eye.” When I ask for a taste of something, I can see the body language. It’s saying ‘if I make her feel like I think she’s a moocher, maybe she’ll leave me alone.’ That brings out the red faced angry gal in me. I become indignant, although you’d never see it.  I know I have a right, especially if they’re going to charge those prices.  When I get a guy who’s giving me a hard time and trying to rush me along I take the most intense pleasure in asking for a taste of something else. I can see his jaw working.  When I comment that the fruit isn’t sweet, he doesn’t try to deny it, he just broods and asks if he can get anything else for me.  I decide to put him out of his misery.

Folks, I’m just not gonna take home substandard, expensive fruit. This is Cali-frikkin-fornia!  Stand up for your rights! Demand to taste things before you buy them! While you’re at it, do everything you can for the environment.  The bees are mad as hell and they’re not gonna take it anymore.