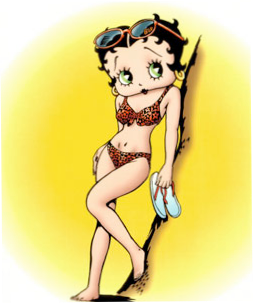 You know how sometimes you come across something that reminds you that you used to do things right? I saw the magazine Cooking Light , a magazine I used to have a subscription to and I remembered that I used to make more of an effort. And now, here it is, summer, the time when everyone wants to take off the pounds so they can fit into their bathing suits (not me, of course, because I wouldn’t dream of letting anyone see how my fat has decided to distribute itself these days) and I’m contemplating all the wonderful American food I can make and eat for the 4th of July. Macaroni and Cheese. Hot Dogs. Hamburgers. Potato Salad.

There was a time when I wouldn’t have considered eating some of them and if so, I would search for a palatable recipe that was a lighter version of that particular traditional indulgence. Then, I rebelled. “Diet food? I don’t need no steenkin’ diet food!” My big complaint about light products is some replacement ingredients tend to be sweet. Light mayonnaise is sweet, light salad dressing is sweet…these products are supposed to be savory, damnit!

Light hot dogs are hard and they don’t have the mouth feel that a casing stuffed with the right balance of meat and fat has.  Baked potato chips? Please. Now? When potato chips have become practically artisan?  Aw, hell no!

Then, science comes trotting to the rescue with their attempt at augmenting food to have that fat taste. Welcome, Olestra. You’re lookin’ great in that retro Brigitte Bardot bikini, but you’re doubled over with cramps while you scurry, knees clamped together, to the bathroom and pay the piper with explosive diarrhea. (sigh)

At Gelson’s today, I decided to take a look at the variety of options. Weight Watchers offers a line of ice cream alternatives that really aren’t that bad. But after saying something like that, I realized how sad the statement “they’re not that bad” is. It’s always struck me as sad. So, its still bad, right? Just not THAT bad. Jesus! What have we become?

Nabisco and other knock off companies have come up with the brilliant idea of not only augmenting their cookies and crackers to have a sorry semblance of their former selves, but also putting them in 100-calorie packets. I guess it works for a decent amount of people. They’re still on the shelf.

The latest thing I bought because it was just so fascinating was a potato chip called Corazonas (Get it? As in Spanish for heart.). And, here’s why: The front label states “proven to help lower cholesterol”. There is nothing in the list of ingredients that would suggest anything magical. No Lipitor, But it did contain Canola oil.  When I opened the package, I beheld a Frankenchip that was brethren to the Pringle. SO, it was not exactly a chip. Unless you want to call Whiz, cheese. Still, the things tasted good. At least they weren’t sweet.

My recommendation? Go back to subscribing to Cooking Light . It was probably the best magazine I’ve ever come across and doesn’t use all that crappy stuff. Sure you have to use things like low fat sour cream (consistency=watery Jell-O) but when you cook with it, you honestly can’t tell the difference.