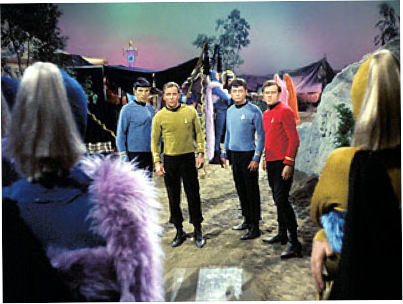 For me, comedy can’t be defined as one thing, but one of my favorite aspects of it is the absurd becoming common place. For instance, I remember going to a New York Dolls show at the Santa Monica Civic Auditorium in the late 1970s.  The glam-rock look, fascinating as it was, wasn’t something I could pull off. That’s why I had such admiration for the girl next to me in the bathroom, decked out in spike heels, fishnet stockings with garter belt, black panties and a black bustier.  She was looking in the mirror trying to fix her smudged makeup. Her finger was working its way along the side of her mouth, trying to corral a color that didn’t belong there.
“Damn-it. Brad kissed me and got his lipstick all over my chin.”

I’m dazzled by the blithe acceptance of things that would be appalling just ten years ago. I heard a story about a coal ash spill in Kentucky that contaminated the well water among other essential water sources.  The news story had some official stating that the water had acceptable levels of arsenic in it and was safe to drink.

At least there wasn’t the use of any euphemisms to misdirect the information. Which brings me to one of my other favorite arenas for mirth: euphemisms. The Compact Edition of the Oxford English Dictionary defines Euphemism as “ that figure of speech which consists in the substitution of a word or expression of comparatively favorable implication or less unpleasant association, instead of the harsher or more offensive one that would more precisely designate what is intended.” Other definitions have alluded to tactful communication or to ‘dress things up’.

There are topics that have consistently given themselves to euphemism. They are:

How would the Bible have read if Jesus had healed the differently-abled or visually challenged?

Schools don’t flunk kids anymore. They do something called “social promotion.” I’m not belittling how devastating and humiliating it must be to have all your friends go to the next grade while you stay behind.  I just don’t want that grown up kid to be, oh, I don’t know….my EMT?

Tax evasion has the usual cadre of euphemisms.  White House Representative Dan Bartlett defended the practices of Harken Energy (a multi-million dollar corporation) for reporting they owed no taxes from 1995-2000.  This was accomplished by operating a “shell game” of offshore subsidiaries. He came up with a hum-dinger of a euphemism…”tax competitiveness.” I decided not to dwell on corporate greed. Too painful.

The next arena plumbed the topic of being fired.

Entirely new words were born out of a passionate desire to avoid the gooey mess of dispatching bad news.  “Decruit”, “Defund” and “Dehire” make me laugh, and the sorry Bastards who are on the other end of this nonsense have managed to come up with some expressions like The Pink Slip Kiss and The Golden Handshake.

The Website “Jeff’s Euphemisms for Death” has compiled an excellent list, and since this is a food magazine, I thought I would include some of Julia Child’s.

My husband Chad has a Star Trek reference when we watch a movie or TV show and it’s obvious that a character is about to get ‘offed’. He says they’re ‘wearing red’. This refers to all the ancillary and doomed characters on Star Trek who beam down with the crew on some dangerous mission. Their shirts, unlike the main characters on the show, are red. So, let’s say you’re watching the opening set-up to Law& Order SVU. A bouncy co-ed is saying goodbye to her sorority sisters. They’re all laughing.  Chad will turn to me and say “She’s wearin’ red.” Smash cut to the co-ed draped across her bed with tape on her mouth and a chord around her neck.

The Military is the most notorious in their use of euphemism to desensitize the public.  I’m listing some that are especially egregious in their subterfuge:
1)    Contractors = mercenaries
2)    Permanent Pre-Hostility = Peace
3)    Non-operative personnel = dead soldiers
4)    Incontinent ordnance = out of control artillery resulting in killing civilians
And
5)    Rendition = sanctioned kidnapping without due process

Like Corporate greed, this one was too sad to dwell on.

The Website “Media Concepts” gets to the point about Political euphemisms with such nuggets as;

Yes, we’ve come a long way from waitress=server, barber=hairdresser. One euphemism has evolved that offers justice and dignity to a job that previously diminished the scope of its title.  Housewife.

1)    Home economist
2)    Domestic engineer
3)    Domestic executive
And
4)    A Dr. Henry Isenberg lists his wife on their tax return as “Architect of Human Character”.